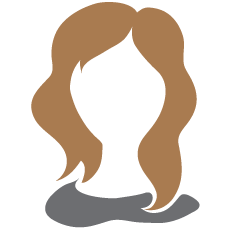 When I started cooking at home more, it occurred to me that I didn't really know what I was doing. I was essentially throwing together meals without a lot of thought, and it was really discouraging. My family didn't always love the food either, which made my cooking seem like a waste of time. I wanted to improve my cooking skill set, so I started focusing on making better food for my family. This blog is all about making better dishes and using higher-quality ingredients. You never know, eating better might help you to feel better and keep your family healthy.

If you love your morning cup of coffee, then you should know you're getting loads of healthy benefits with that jolt of caffeine. Coffee is one of the healthiest beverages around. Everyone knows it gives you energy and wakes you up so you can think clearer and function better at work, but there are also a host of other benefits. Here are 4 of the coolest health benefits you get from coffee.

There has been a lot of discussion about the role caffeine plays in preventing cognitive related decline, particularly with regards to dementia and Alzheimer's. Scientists have studied both tea and coffee and looked to see what effect high consumption has on cognitive disease later on in life. There was one study that found that people who consumed a certain amount of java during the day had a 65 percent lower risk of developing Alzheimer's later on in life.

Coffee Can Lower The Risk Of Type 2 Diabetes

Coffee Can Protect Your Liver From Alcohol-Related Cirrhosis

If you're someone who likes to have a few glasses of wine, and are concerned about liver health, then definitely keep drinking coffee. A huge study was conducted on over 100,000 subjects. It looked to correlate their coffee intake with the likelihood of developing cirrhosis. The results were quite good for fans of coffee. The researchers found that for every cup of coffee the subjects drank, they had a 22 percent less chance of developing the disease.

One interesting thing about the study was that tea drinking was not found to have the same effect. The conclusion is that it was not the caffeine in the coffee, but some other compound that had the positive effect.

Coffee Can Lower Your Risk Of Basal Cell Skin Cancer

Researches looked at the caffeine consumption of men and women and correlated it to incidents of skin cancers. They found no positive results when looking at squamous cell cancer, but they did find positive results when it came time to examine basal cell skin cancer data. The results were that women who routinely enjoyed  3 cups of coffee during a typical day had the best results in preventing basal cell cancer.

If you're looking for new ways to get your morning coffee fix, contact a company like 11th Street Coffee.